In my opinion, this is the most unknown area of Chaltén. It´s a remote area without an easy Access as the other trails have (you have to travel by car from Chaltén town to the lake and there you have to take a boat that takes to the northern part). But I think it´s worth camping some nights there.

We took a regular tour from town that led us to the southern part of the lake (on route 23, unpaved). Once arrived we took a boat to the northern part of Lago del Desierto. There is a trail surrounding the lake but by the time we were there, the footbridge that led to that trail was washed away by the river. So the only way to reach the northern part was by boat. The navigation takes 1 hour. The Argentinian border police is allocated at the northern part of the lake. The camp site is located aside of them. This camp site is free of charge and has no services. You have to carry your food with you. And you have to share the toilets with the border police. 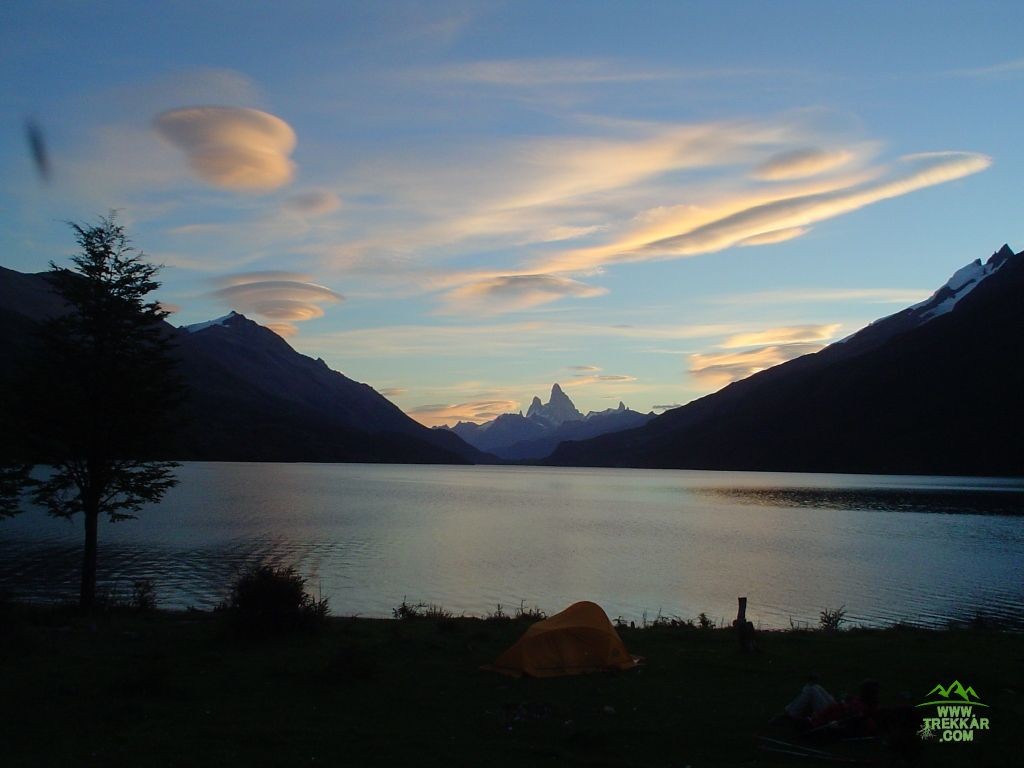 The following day we walked to Laguna Del Diablo (the translation would be Hell Lake). And I must say this trail felt like hell! The trail is 12 Km long and it took us 10 hours in total (round trip).

The ground is flat mostly, but the trail is not well marked. We lost it many times and that slowed us down. There is also no sign indicating if we were on the right path, nor distances. At the beginning the trail goes along the lake Del Desierto. But there is no access to the lake as it runs on a cliff. 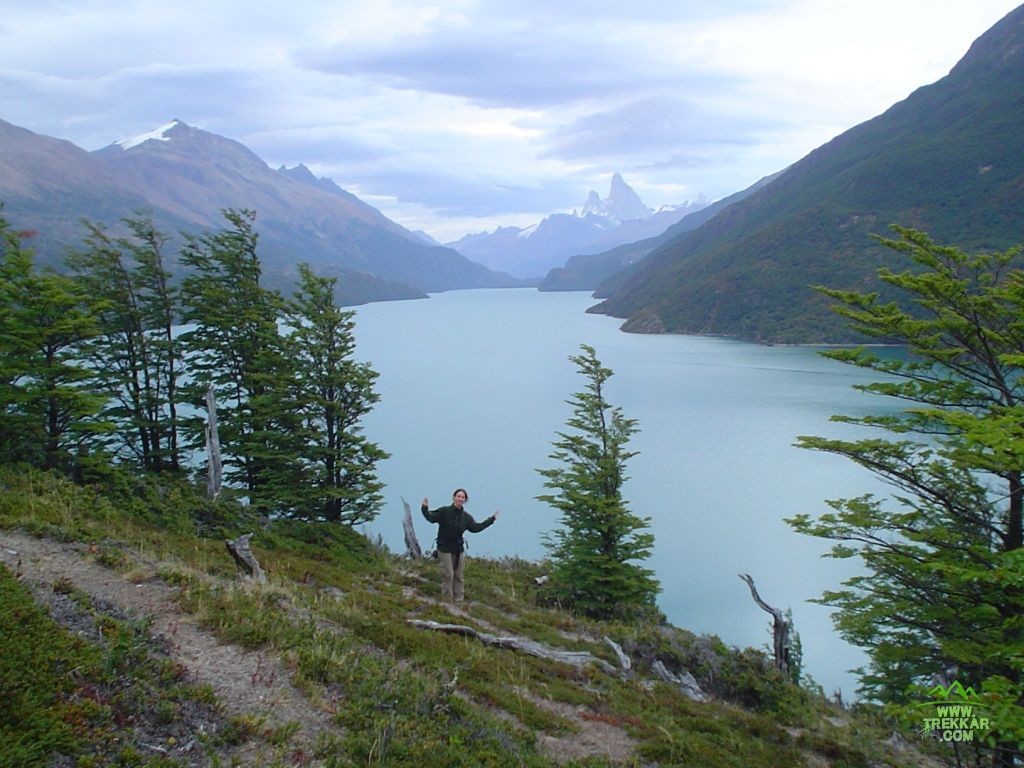 Lago del desierto and Fitz Roy in the background

Then it runs through a thick forest of “lengas” and “ñires” (typical Patagonian tres). Although it was raining we did not get wet inside the forest. 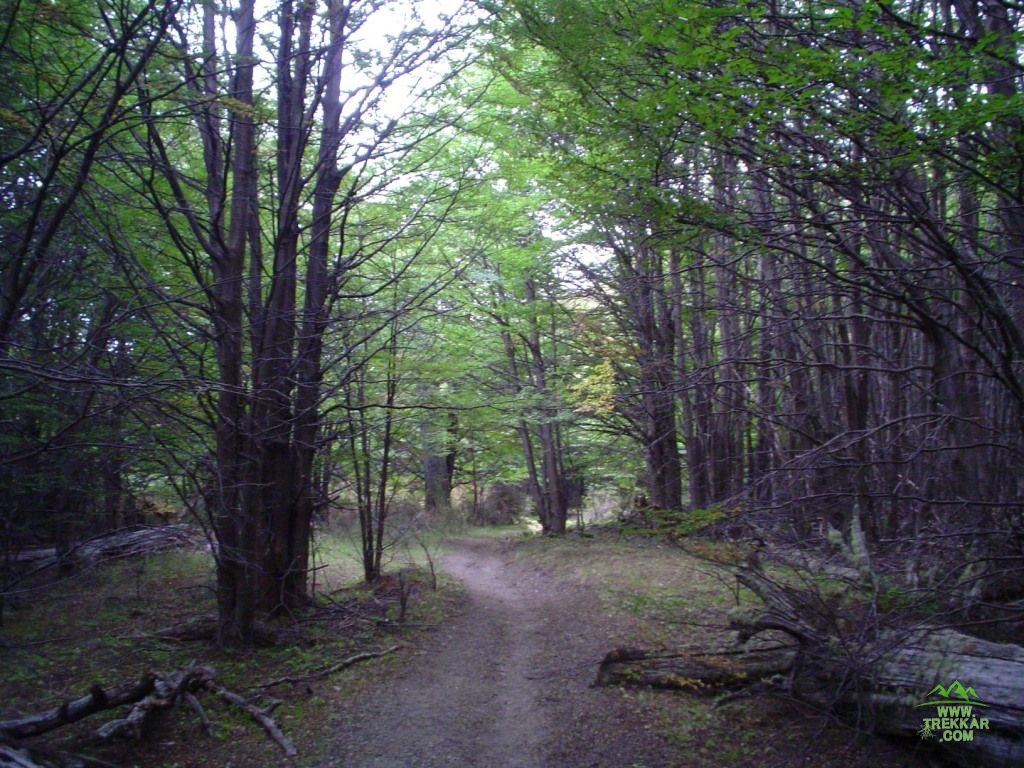 After a while the trail runs aside the river “Rio Diablo” and we had to cross several streams. As there are no footbridges here the streams have to be waded across. You can get a bit wet but nothing serious. 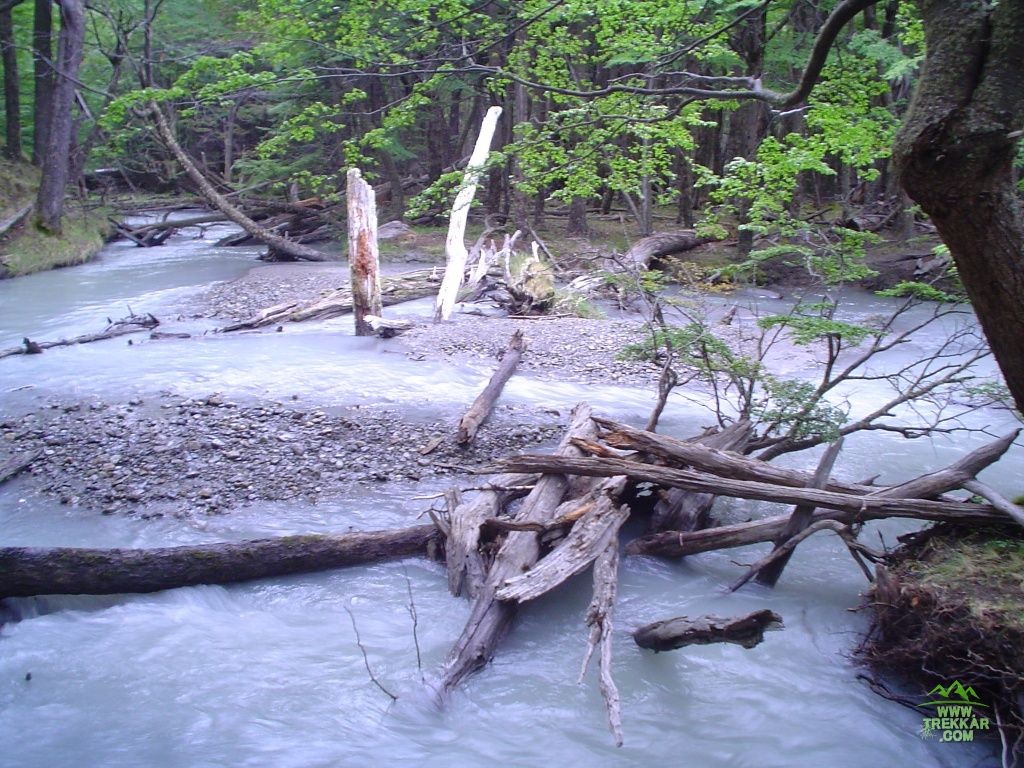 Several streams to be crossed during the hike

As we were getting closer to the Laguna Del Diablo the forest got less thick and that was when we got really wet because of the rain. Finally we reached a small refuge (it only has one tiny table, a tiny Wood-burner and a tiny floorboard as bed).

Luckily, we found a couple in the refuge and they offered us a hot tea that helped to warm up (we only had some cold food for lunch). After having our quick lunch and having dried our cloths a bit we turned back towards our camp site. If I ever went back to that place, I would definitely camp there. The place is surrounded by nature and mountains. It is really beautiful!!  And the silence is only interrupted by some bird singing.

This area is supposed to be inhabited by “huemules” (a typical Patagonian deer almost extinct). Of course, we did not see them. The following day we could see a group of policemen heading up to the mountains to look for those huemules as they had not seen them for a long time. 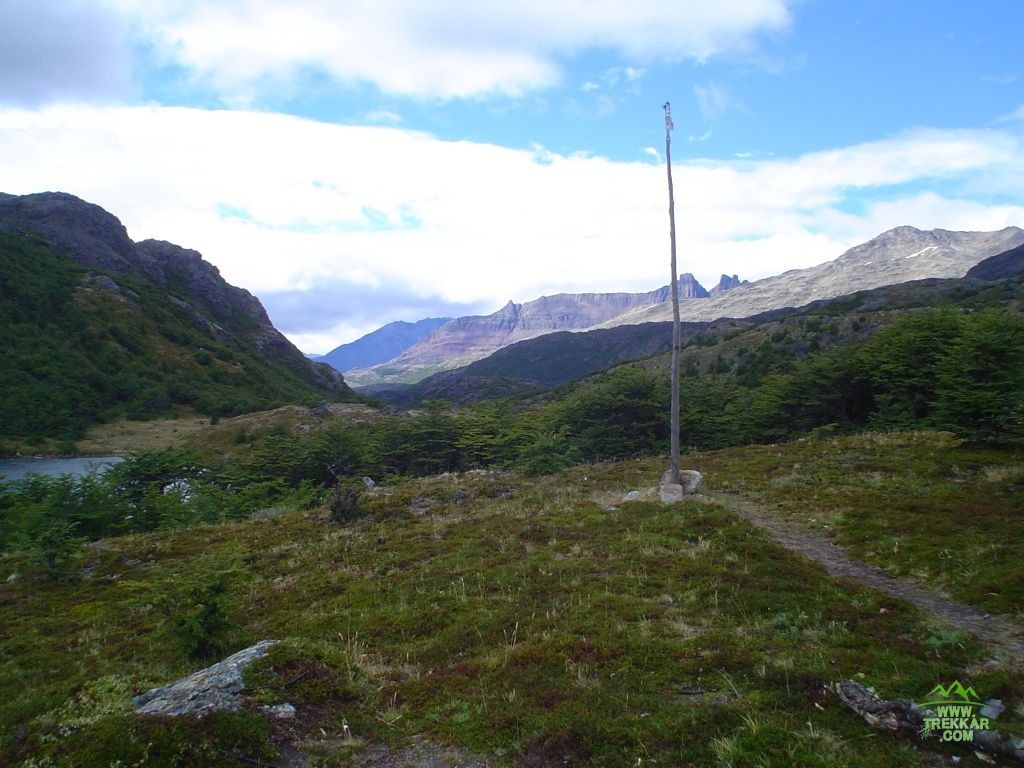 Picture from the refuge 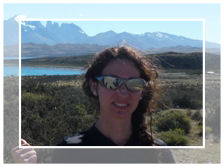 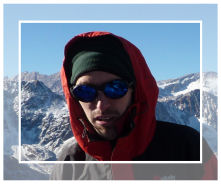